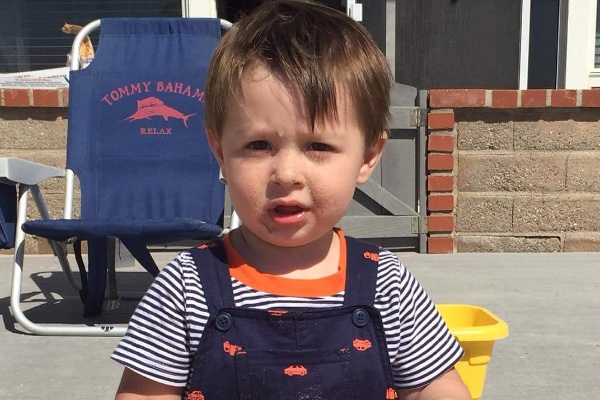 On Thursday I saw on Facebook that the 18 month old son of one of my friends had been found face down in her dad’s pool unresponsive.  He had climbed out through a doggy door unnoticed.  Over the next 36 hours I followed closely on Facebook as updates were posted – he was moved to a children’s ICU and the doctors tried everything they could to help little George survive.  During that time his parents posted expressions of their faith with the hashtag #PrayingForEasterMiracle – they knew if it was the Lord’s will that their son could be spared.  Hundreds of people from around the globe were praying for that Easter Miracle for this very deserving family.  Sadly, this was not to be and George slipped into the eternities on Friday night.  Since George’s passing the family has posted an update that two Easter miracles did occur as a result of this tragedy – two of George’s heart valves were able to be transplanted into other children, giving them a new chance at life.

However, as I’ve been watching this I’ve been struck with the thought that the Easter miracle that they are participating in right now is THE Easter Miracle.  The miracle of Christ’s resurrection, that because of His sacrifice for all of us He has paved the way so that we can all live again.

The miracle that because this family is sealed they will be together forever.

The miracle that through this darkest of times the Lord will help get them through.

The miracle that because of Christ this is not the end for little George.

He lives.  Christ lives today and George lives today.  As much as we had hoped and prayed that George would be able to continue with his family, and as real and agonizing as the grief of his passing is, we can say with the angels – “He is not here, for he is risen.”  George is with people who love him, he is free from pain, and he is happy.  He will be missed dearly on this side of the veil until he can be reunited with his family again – but they WILL be reunited.

Christ lives, and because He lives we can all live again.  Hallelujah.

If anyone would like to contribute to help the Matthews family at this time a GoFundMe account has been set up and you can donate by clicking here.

One thought on “The Easter Miracle”